“Phew! I’m glad that it’s over and done with” – Amel, Art Director. 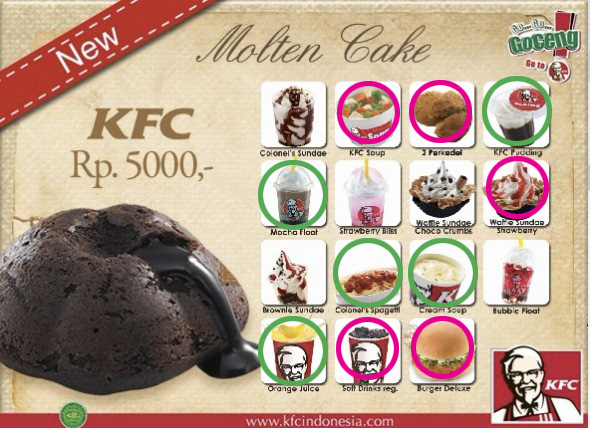 Previously in KFC Goceng Products review part 2: Amel tried the savory Goceng menu options from KFC with mixed results. This time she tries 2 of their dessert products, the Waffle Sundae and the Hazelnut Float (new menu, not in picture! Oh, we are so excited!) In an effort to spare herself some sanity and avoid unnecessary arterial blockage, weight gain, and feeling of self-hate, Amel has also decided that trying the Colonel’s Sundae, or  other flavors of the Waffle Sundae (Blueberry, Choco Crumbs), is redundant, because they’re basically the same thing with different topping options! Duh!

You see, too much KFC made me do weird things like referring to myself in third person… Or in Majestic Plural : “No. We are not addicted to KFC!” 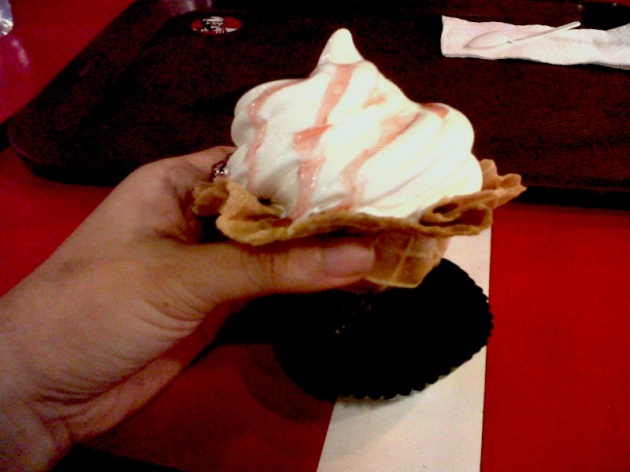 Date consumed: July 2, 2011
Review: Ahh, Waffle Sunday, perfect for a lonely boyfriend-less Saturday night. One word of warning though, don’t even compare it to its official picture on the menu. This thing is so f*cking small… It’s basically some soft serve in a waffle cup, slathered with sauce of your choice (mine’s Strawberry)… and served on a really unstable crinkly paper cup thing. You know. The one you serve cupcakes in.

“Here you go, have a nice day, and would you like the Paket Goceng for life package complete with a free SM*SH CD blahdiblah?” said the KFC cashier while he put the waffle sundae on my tray. “Thanks but no thanks!” I said politely, and scurried off to the nearest empty seat. 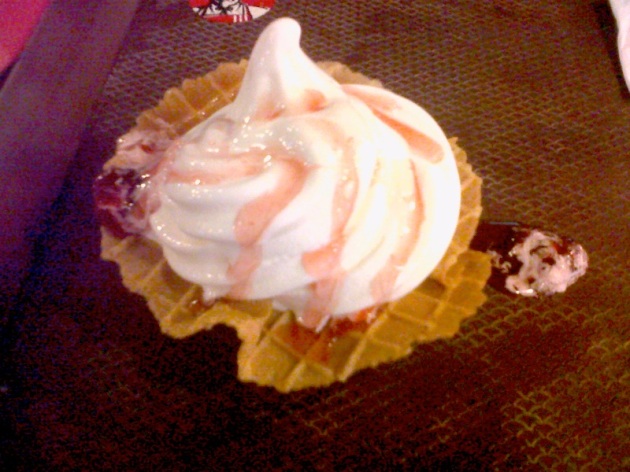 This is what happened seconds later. ARRGH! The strawberry sauce has spilled all over my tray! You see, the waffle cup is round at the bottom, making it unstable. Therefore this sundae totally fails at presentation. Can’t they think of a safer serving package? Like, a square waffle-cup holder made from cardboard? Anway, this thing is on the budget menu (read: Paket Goceng), so I’m not supposed to complain. Who gives a shit about it? Maybe only an Industrial Design graduate like me would!

Date consumed: July 19, 2011
Review: Oh! A new goceng lineup! Hazelnut Float with Jelly. We are so excited. We sat down and took a photo… and we had a sip. It… does have a hint of hazelnut flavoring. Also, it’s not salty like the Mocha Float I tried the other day. The stringy clear konyaku-like jelly was a welcome addition. Could not care less about the soft serve ice cream on top, even with the large straw provided, it’s still hard to eat (suck? LOL), so I just let it melt into the liquid. Overall, this is a decent substitute for the similarly sugary pearl milk tea, for a fraction of the price. Can’t we all agree with that?
Score: 7/10 (Not too bad, KFC)

Ahh, the good old Twister. Back in the good old days, Twister was on KFC’s menu. It’s a chicken strip kebab wrap thing as big as my arm, and it was one of my favorite, because it’s less greasy and fattening than the hamburger and obviously the fried chicken. Then for some reason, KFC Indonesia wiped it off the menu and replaced it with its poor, malnourished underage cousin, the Twisty! Now only for Rp. 10.000,-, and about half the size of the original.

We have no idea why KFC did this – maybe to make Twister (damn! almost wrote TWITTER) more accesible to the masses with lower buying power, but we sure are not pleased… neither are our tummy. We are terribly upset! *buys 3 twisties for lunch* 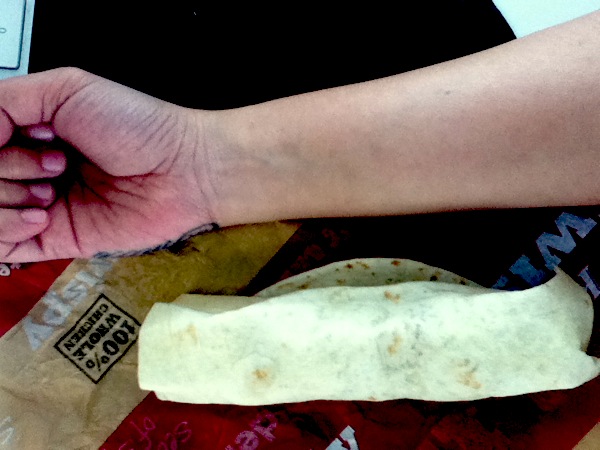 The Twisty, next to our tattooed hand. 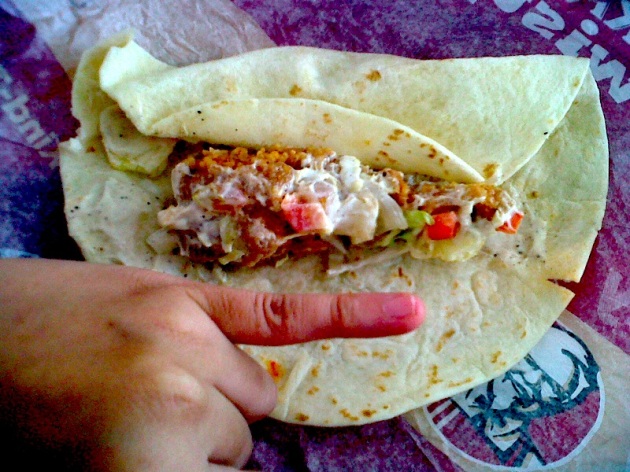 The Twisty, opened to reveal its contents (or lack thereof). 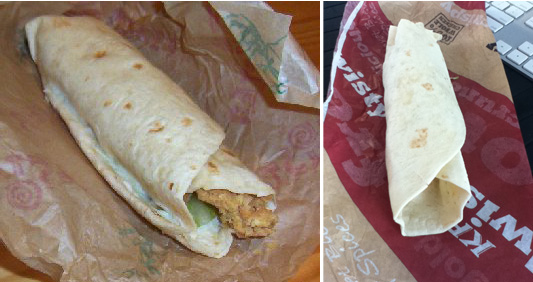 The Twister and the Twisty, a side by side comparison. Dude take a look, the Twister is nearly bursting with chicken strips and whatnot, while the Twisty looked pathetically empty, and only filled halfway through! (Twister pictures taken from myburger.fr)

Draw your own conclusions, KFC friends!

EDIT: I just saw this on Google Images! ASHJSFHJHDJ DO WANT! Too bad it’s not coming to Indonesia anytime soon. Le sigh. 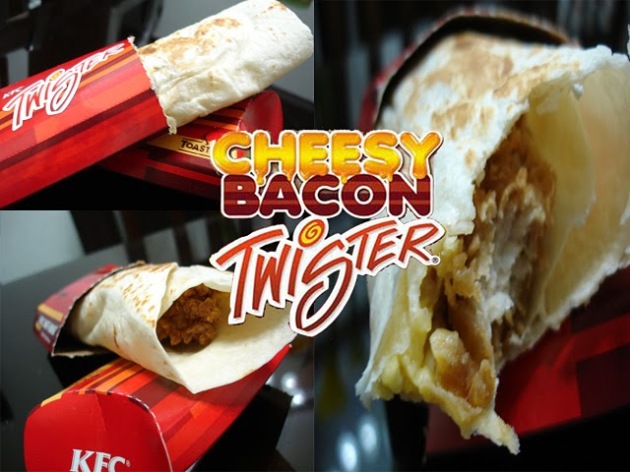 This site uses Akismet to reduce spam. Learn how your comment data is processed.

Previously on this blog